In 1974 Charles left the Indianapolis Police Department to continue his studies in criminology at Indiana University. It was also during this time that Charles founded the Sonshine Inn, a Christian coffeehouse ministry located at 33 S. Arsenal Ave, Indianapolis, IN, devoted to helping intercity youth find a new meaning to life and follow a new, successful direction. Over the eight years that Charles served as the Founder and Director of Sonshine Christian Ministries, literally hundreds of lost young people were lifted from a life of certain desolation to becoming productive members of society. With a volunteer staff of 32, the Sonshine Inn became a beacon of hope in what for many was a dismal existence in the intercity of Indianapolis. During this time Charles also toured as a percussionist with the Christian Jazz band Friends. This followed many years with his own Christian Country-Rock bands Firewind and Agape Union, where he was a guitarist and lead vocalist. 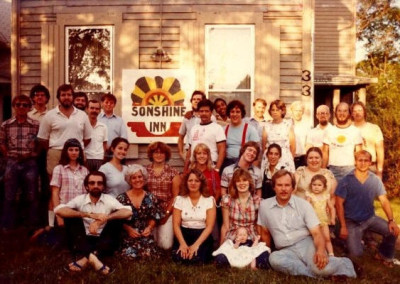 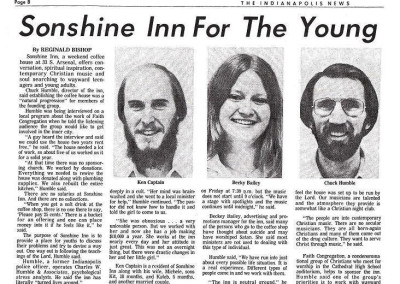 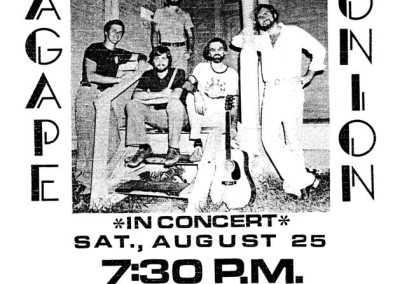 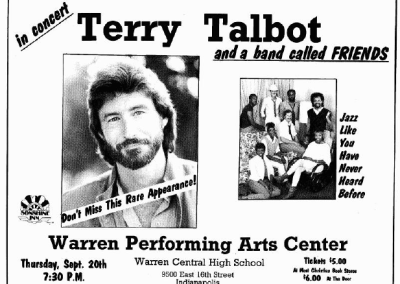 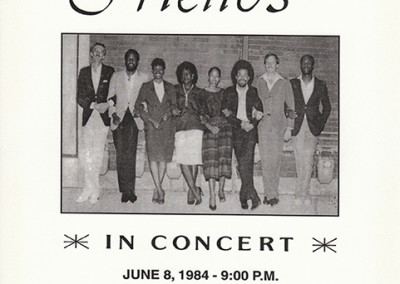 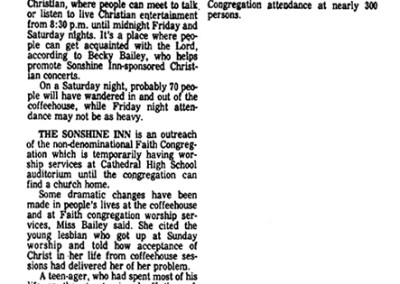 In 1982, after developing one of the most successful truth verification businesses in the Midwest (Humble & Associates), Charles received requests to develop a training program for local police agencies utilizing voice stress analysis. The training program was developed from experience gained in conducting over 8,000 examinations over the previous eight years, and the more than 30 VSA seminars and training programs that he had attended during that time. The training program also included the very successful interviewing technique that Charles had developed, Defense Barrier Removal (DBR®), which has been responsible for literally thousands of confessions at law enforcement agencies around the country. With a very successful training program, in 1986 Charles began to develop the Computer Voice Stress Analyzer (CVSA). Following thousands of examinations in field trials, the CVSA was debuted in 1988 and became an immediate success. During his research to develop the training program, Charles discovered delayed stress reaction (DSR) and, after reformatting the testing protocols to take DSR into consideration, the accuracy rate of voice stress analysis dramatically increased. During his research to develop the training program, Charles was also able to quantify each pattern and, for the first time, develop an accurate method to determine a threshold for deception in voice stress analysis, for which he was awarded a patent in 2008 by the US Patent Office entitled “Method for Quantifying Psychological Stress Levels Using Voice Pattern Samples”. Charles was awarded a second patent involving forensic voice stress analysis. 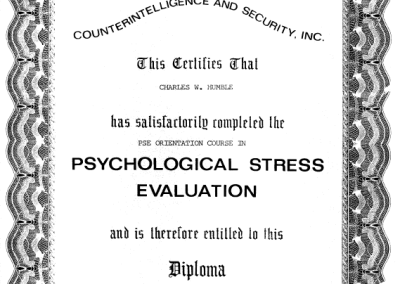 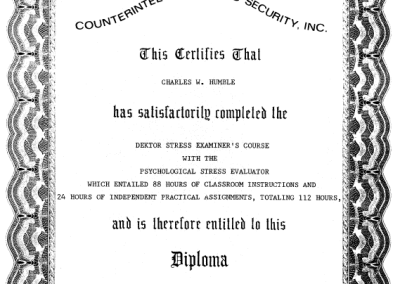 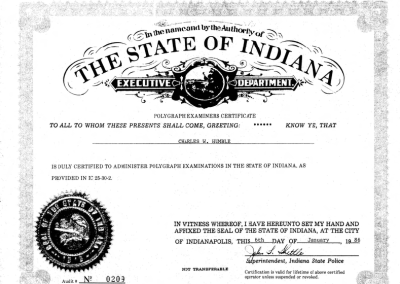 After graduating from Indiana University with a degree in Criminal Justice and from Indiana Christian University with a degree in Psychology, Charles was awarded an Honorary Doctorate from Indiana Christian University in 1987.  As a Christian university, ICU recognized Charles’ many years of work with inner-city youth in Indianapolis as well as his extraordinary contributions to the law enforcement community.  These contributions were a result of his many years of research which led to the development of the Computer Voice Stress Analyzer (CVSA) for which he was awarded two US Patents.  The CVSA has revolutionized truth verification and has become the most widely used truth verification technology in the U.S. criminal justice system. The Honorary Doctorate awarded to Charles was the only the non-commencement speaker Honorary Doctorate awarded by Indiana Christian University within the previous five years. 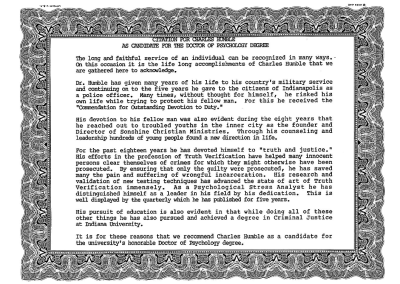 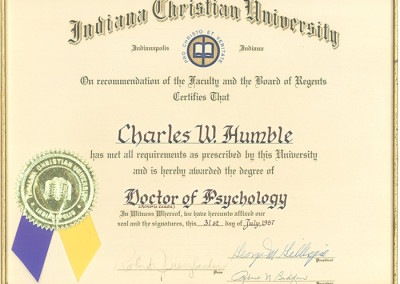 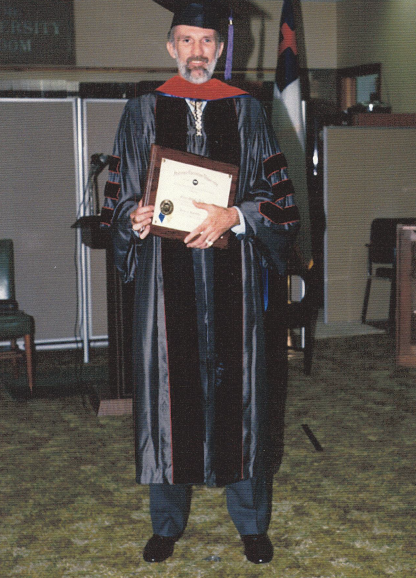 Charles receives an honor few ever receive.  Navy SEAL Luis Echagarruga presented Charles with a US flag that was flown over the SEAL compound in Ramadi, Iraq.  Charles’ company, NITV Federal Services, provided the US Military’s Special Operations Forces (SEAL’s & Green Berets) with what they described as one of the most important tools in their ‘tool kit’, the Computer Voice Stress Analyzer (CVSA) and the unique interviewing and interrogation techniques that Charles developed.  The CVSA, along with the training, allowed them to quickly identify enemy combatants on the battlefield and to elicit critical information to thwart future attacks, saving many lives. 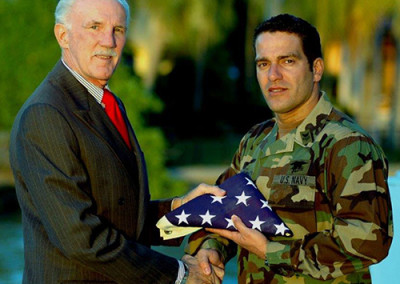 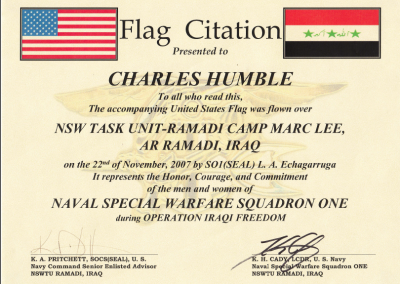